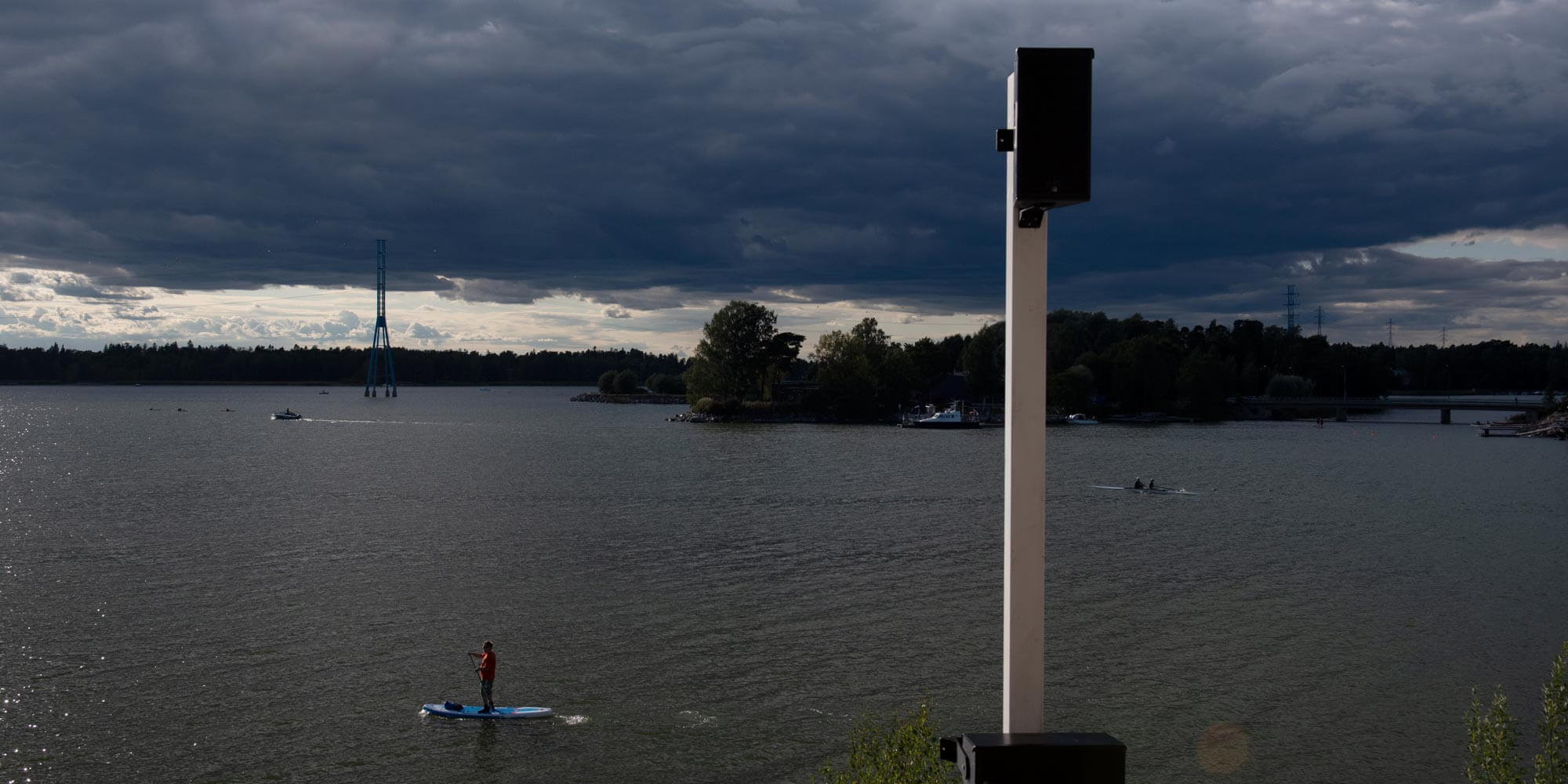 ”Dead zones” are water bodies that suffer from hypoxia, low oxygen concentrations in the water that make marine life unsustainable. Hypoxia is caused by algal overgrowths, a phenomenon occurring when an excess of nutrients in the water sparks the proliferation of algae.
The bacterial decomposition of the algae is a high oxygen consuming process that depletes the amount of oxygen available for other species to survive. Although dead zones can form spontaneously, scientists have observed the exponential increase in their number since the 1960s and remarked that there is a causal relation between their formation and the polluting inputs produced by human activity.

Listening Through the Dead Zones is a sonic contemplation of the disruptive impact of human activities on subaqueous environments. Sounds from the Arctic Ocean in Greenland, Iceland, and Norway as well as from the tropical waters around Thailand, the Caribbean Sea, and Panama have been recorded by Jana Winderen with hydrophones and composed in a richly layered sound installation.
The work invites the audience to eavesdrop on underwater soundscapes populated by various animal species that depend on sound to communicate, hunt, and orient themselves while shipping, oil extraction, military sonars, leisure boat traffic and other anthropogenic factors inflict acoustic distress on marine life. 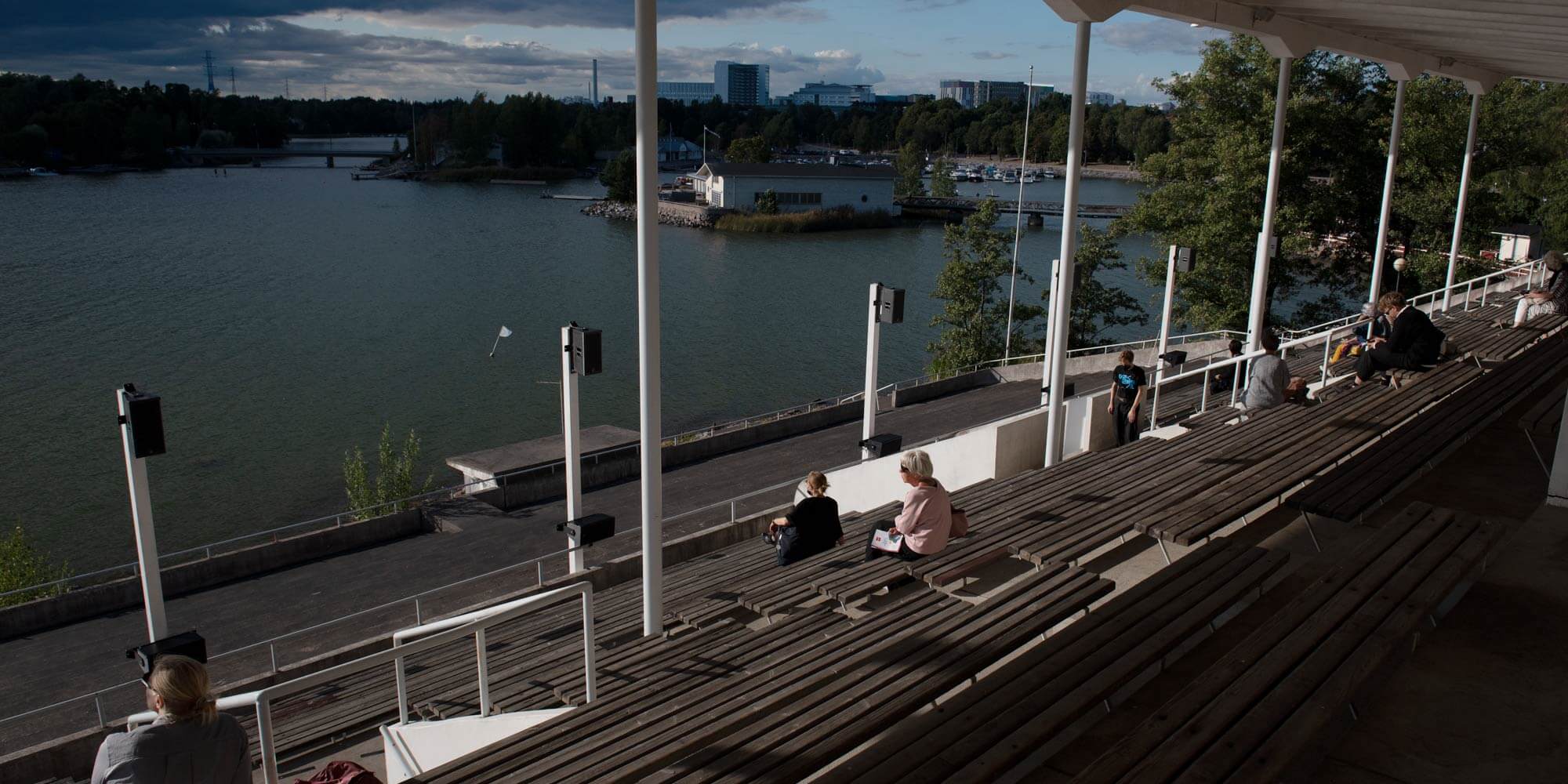 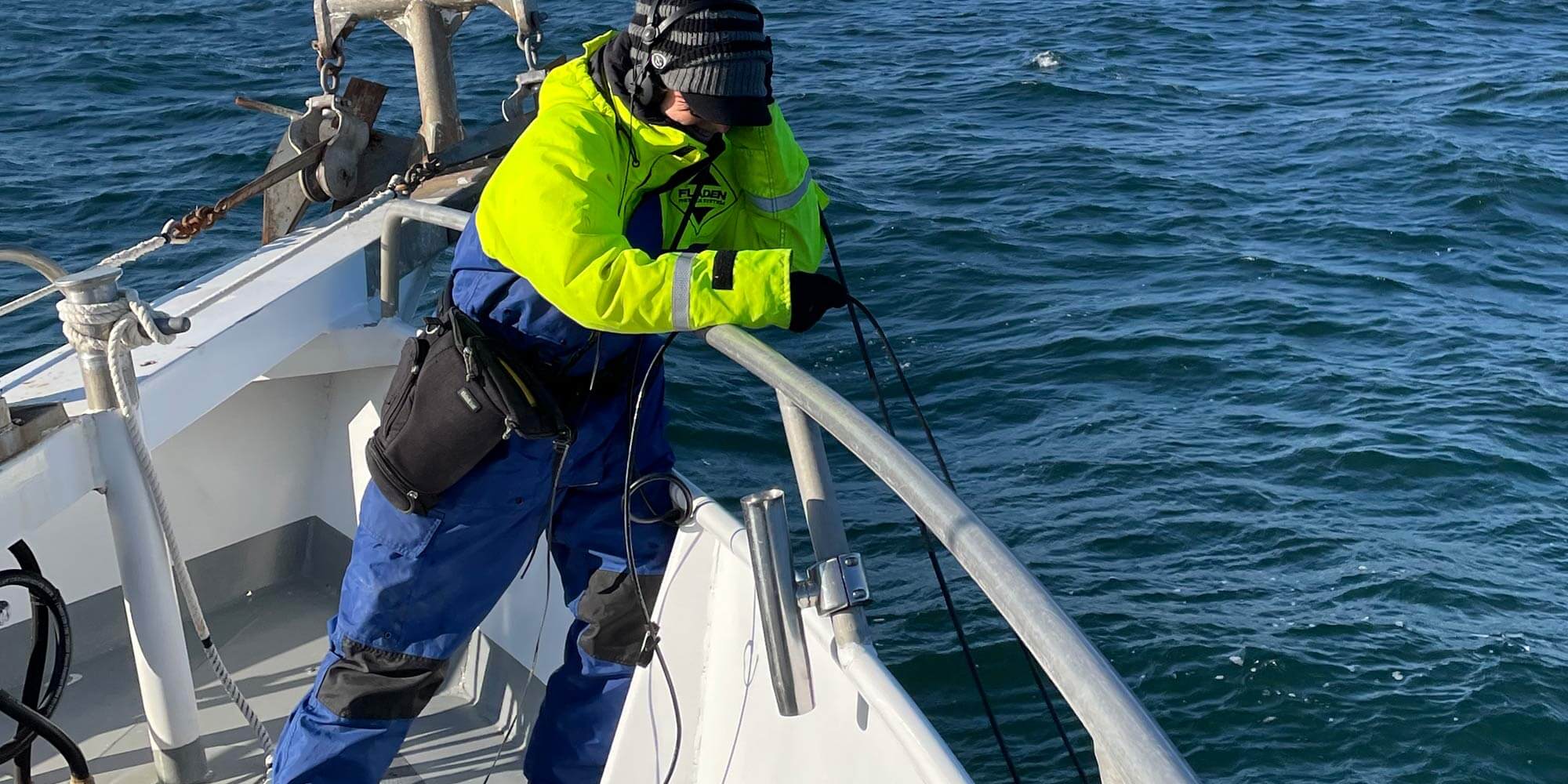 JANA WINDEREN: Jana Winderen is an artist based in Norway with a background in mathematics, chemistry and fish ecology. Her practice pays particular attention to audio environments and to creatures which are hard for humans to access, both physically and aurally — deep under water, inside ice or in frequency ranges inaudible to the human ear.
Her activities include site-specific and spatial audio installations and concerts, exhibited and performed internationally in major institutions and public spaces. Most recent work includes The Art of Listening: Underwater at Lenfest Center for the Arts, Colombia University, New York and at Art Basel, Miami. In 2011 she won the Golden Nica at Ars Electronica for Digital Music & Sound Art. She releases her audio-visual work on Touch (UK).