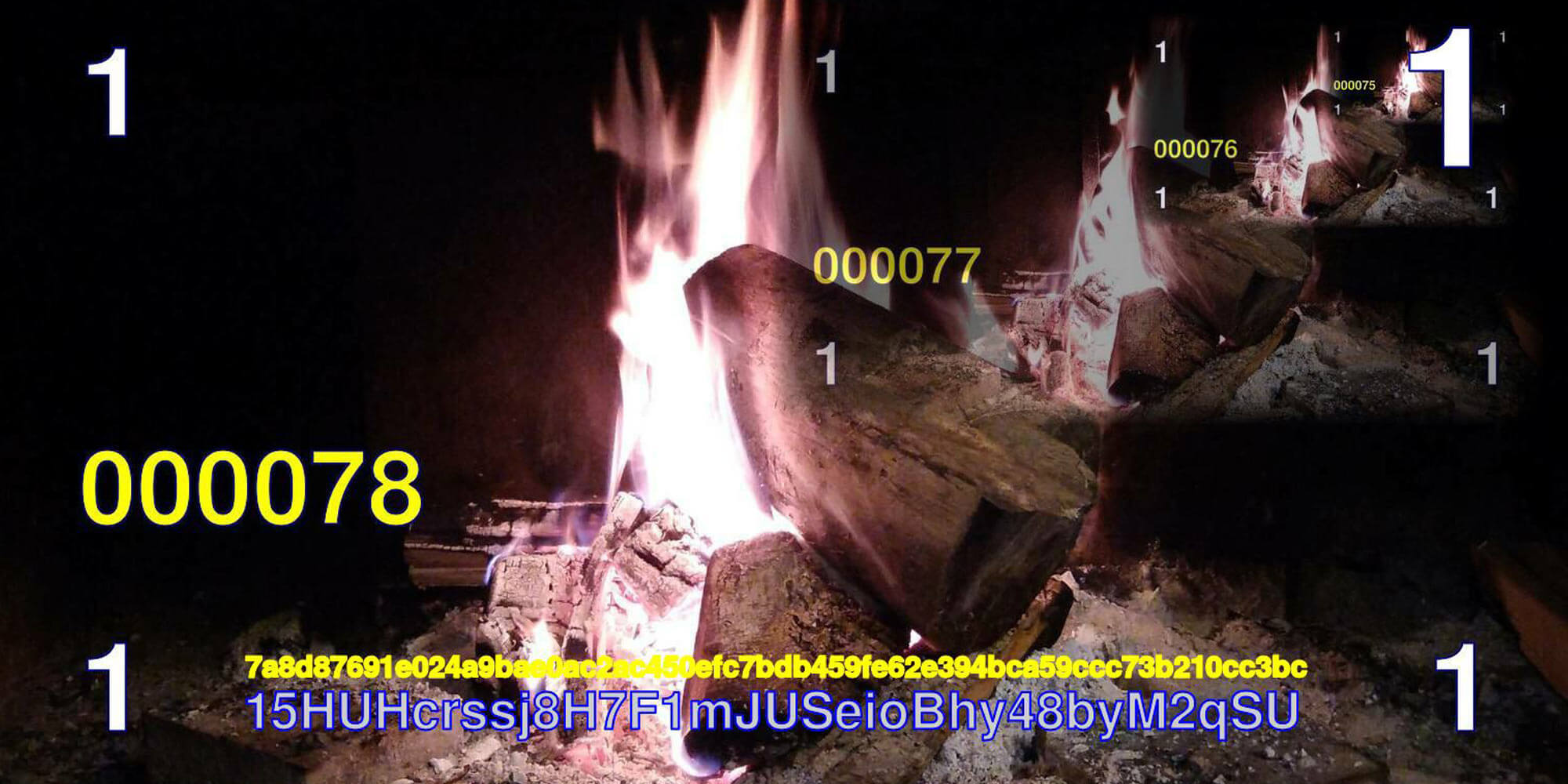 The Gibling has been released since 2012 as the community currency of Stadtwerkstatt and Punkaustria. It is redesigned every year by an artist and consists of 1, 2 and 5 Gibling notes that have a real exchange value. Since 2013, a 500 Gibling bill has been issued as currency art. In the ecosystem of the currencies, a Givecoin was launched in 2014. Thus, the Gibling is art, value, money and speculation object in one. This year, the 11th edition of the Gibling was designed by Franz XAVER as an NFP, which means “Non-Fungible Picture”. This refers to non-interchangeable, unique images. As serial pictures, flames, clouds and water surfaces are the starting point for the Gibling 2.0. Each picture is uniquely signed by the serial number and a checksum via the metatags of the next picture. Thereby, every single 1, 2 and 5 Gibling note of the community currency becomes unique. The notes can be “activated” via an internet address. With the activation, one receives a private key to the “punk note”. The banknote is then loaded with 1, 2, 5 or 500 Givecoins. The Gibling is therefore not only unique through its image, but it can also be used as a paper wallet through the private key it receives. However, the paper wallet only works provided the Givecoins are moved from Gibling 2.0 to a digital crypto-wallet. With each activation, a new NFP is also created at the same time, in whose metatags the checksum of all previously activated images can be found in code.

Franz XAVER studied at the Academy of Applied Art in the department of “Visual Communication” founded by Peter Weibel. Subsequently he taught computer languages, audio-visual productions, electronics and electrical technics at the same Academy until 1992. At the Technical University of Graz he lectured in “Communication Theory” at the “Institut für Baukunst” . He has participated in numerous exhibitions in Austria and abroad, including Ars Electronica, Aperto Biennale di Venezia, Triennale Milano, and the Kunst- und Ausstellungshalle Bonn in Germany. Director of Medienkunstlabor at the Kunsthaus Graz 2003-2007. Since 2008 he has worked at the Stadtwerkstatt Linz. stwst.at donowtic.com
Tickets
Programm
Locations