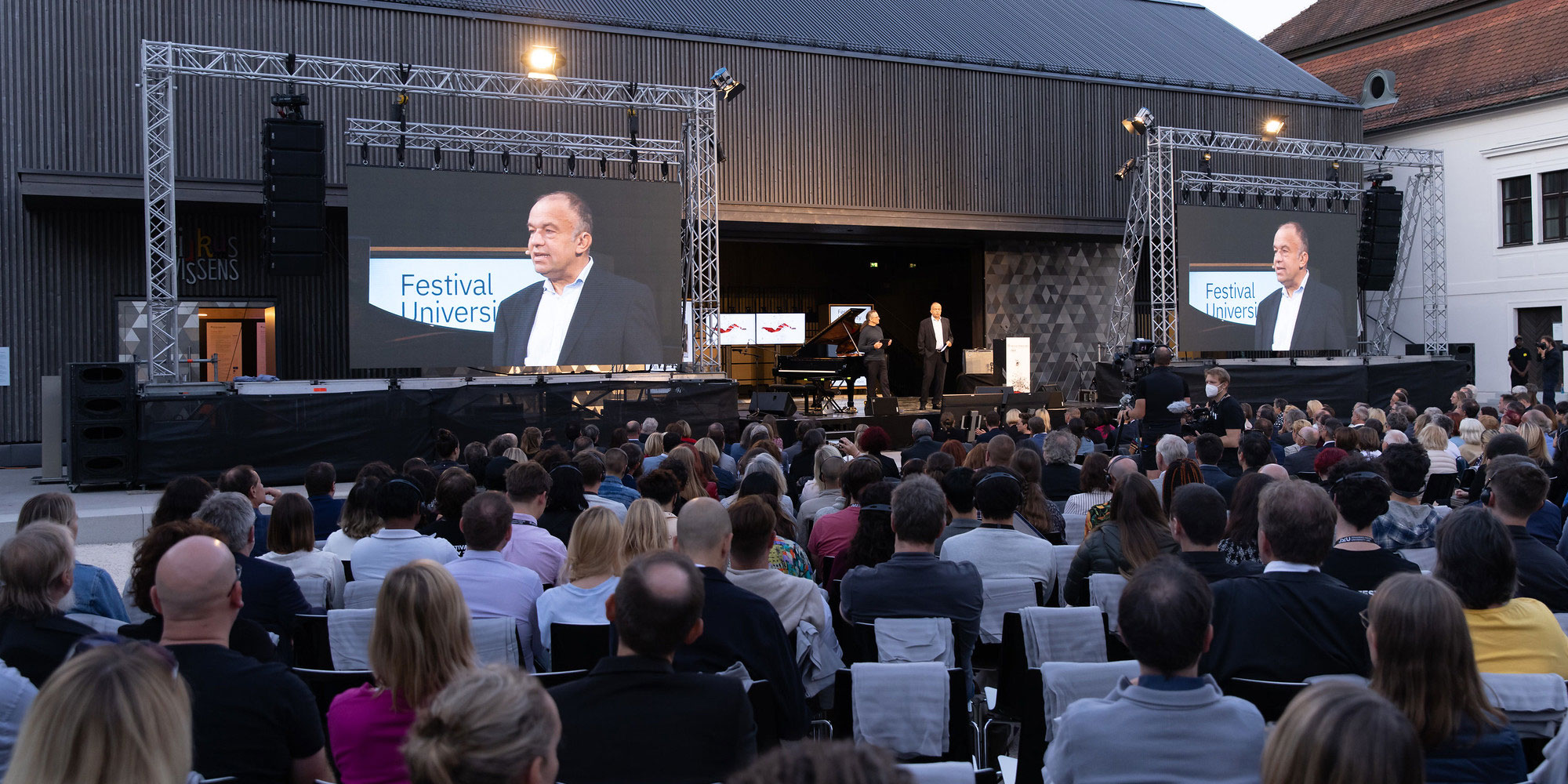 A literary and musical performance with texts from Stefan Zweig, read by Karl Markovics and Julia Franz Richter. With music by Claude Debussy and Philip Glass played by Maki Namekawa.

The opening of Ars Electronica 2022 and the second Festival University begins with a legend, a well-known Breton tale of a princess, magical sea creatures and the sunken city of Ys. Like so many legends, it tells of hubris, rise and fall, of a beginning and an end. The whole evening is devoted to the oceans, their vast expanses and unfathomable depths. The ocean as a screen onto which human dreams, fears, cruelties and longings are projected, as the setting for great deeds and achievements, yet also the victim of destruction, exploitation and extinction.

For 3 billion years the oceans were the only place for life on earth and even today 95% of all living creatures live in the seas. But in a mere half century we have turned them into the garbage can of our civilization, dumping in them our radioactive waste, chemical warfare agents, and vast amounts of plastic. Overfishing, pollution, and especially climate change threaten our planet’s most important habitat.

Excerpts from two masterpieces of literature by Stefan Zweig tell of extraordinary people, their visions, triumphs in attempting to conquer the forces of the oceans – and their defeats. One is about Fernando Magellan, who first circumnavigated the world in 1520, but who himself, having almost reached his goal, failed and died. The other is Cyrus W. Field, who in 1866, after 12 years and five attempts, against all odds, opened the gateway to global communication for the modern world with the first transatlantic telegraph cable.

Maki Namekawa plays Claude Debussy’s Sunken Cathedral and “Raising the Sail” by Philip Glass from the film score of “The Truman Show”.

The program is rounded off by Selina Neirok Leem, the climate activist and artist from the Marshall Islands, as well as by videos from Sea Shepherd and underwater images from the Nautilus Expedition.

Welcome to the Festival University

The students of Festival University 2022 this year hail from more than 70 countries from all continents. They will present their work and the projects they are realizing jointly with experts from JKU and Ars Electronica.

Together with the students of the Festival University we invite you to an after party in the Kepler Gardens. The “ocean buffet” will be prepared by the chefs of muto restaurant, while the music for the evening will be provided by Moritz Simon Geist and Portrait XO.

Optimism is not the belief that everything will be all right, but the will to make it all right – Welcome to Planet B, Welcome to Ars Electronica 2022. 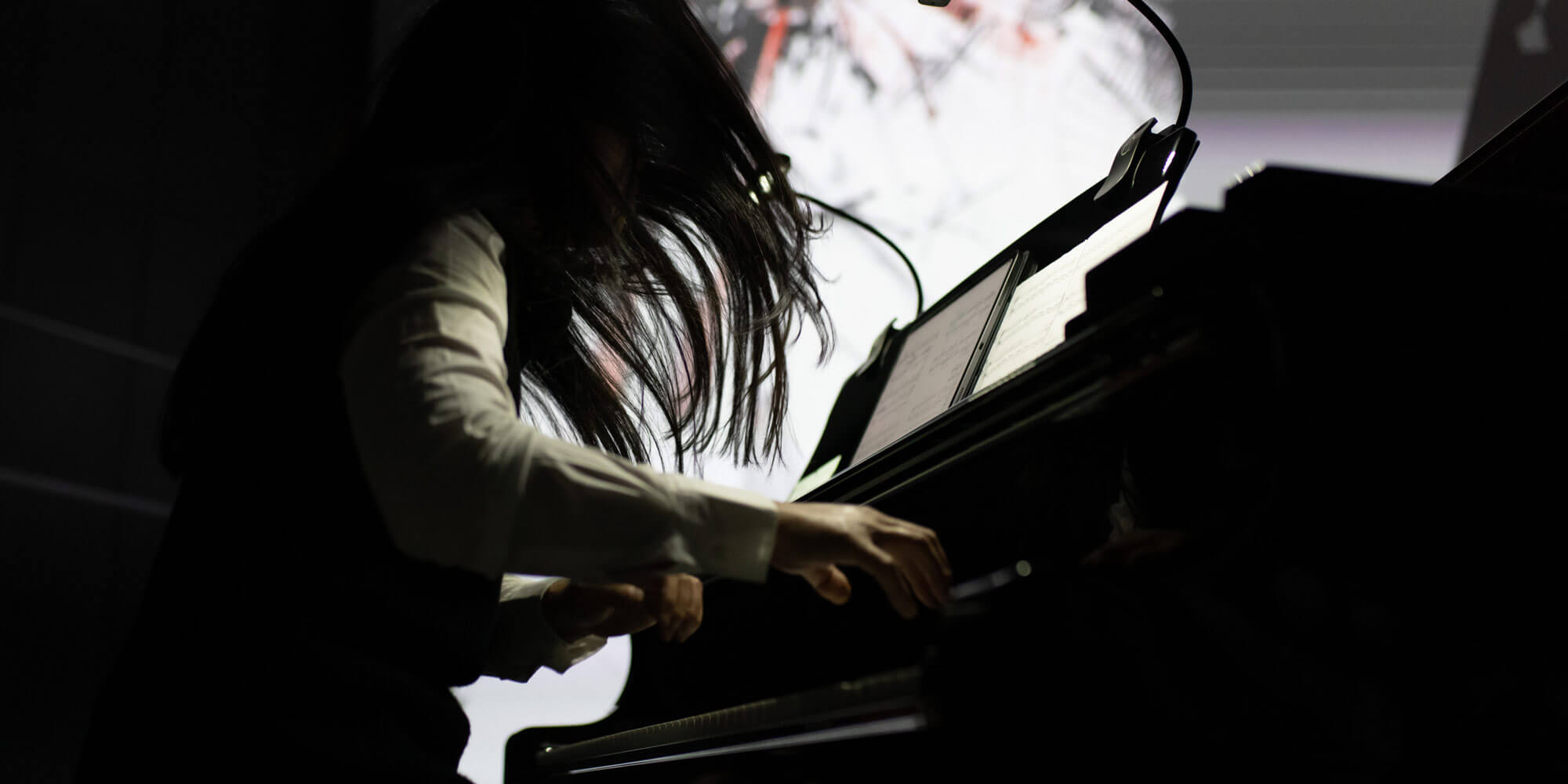 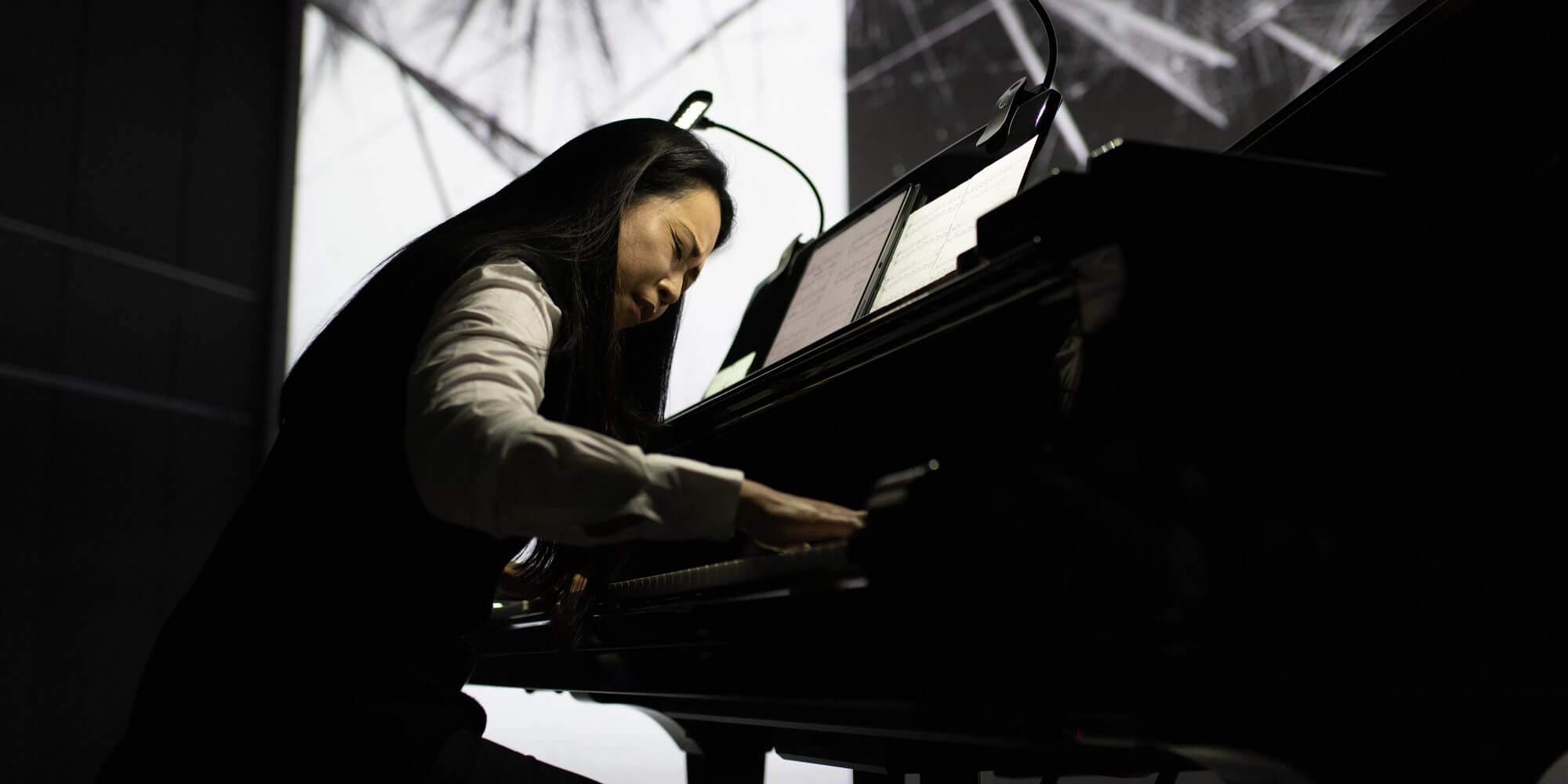