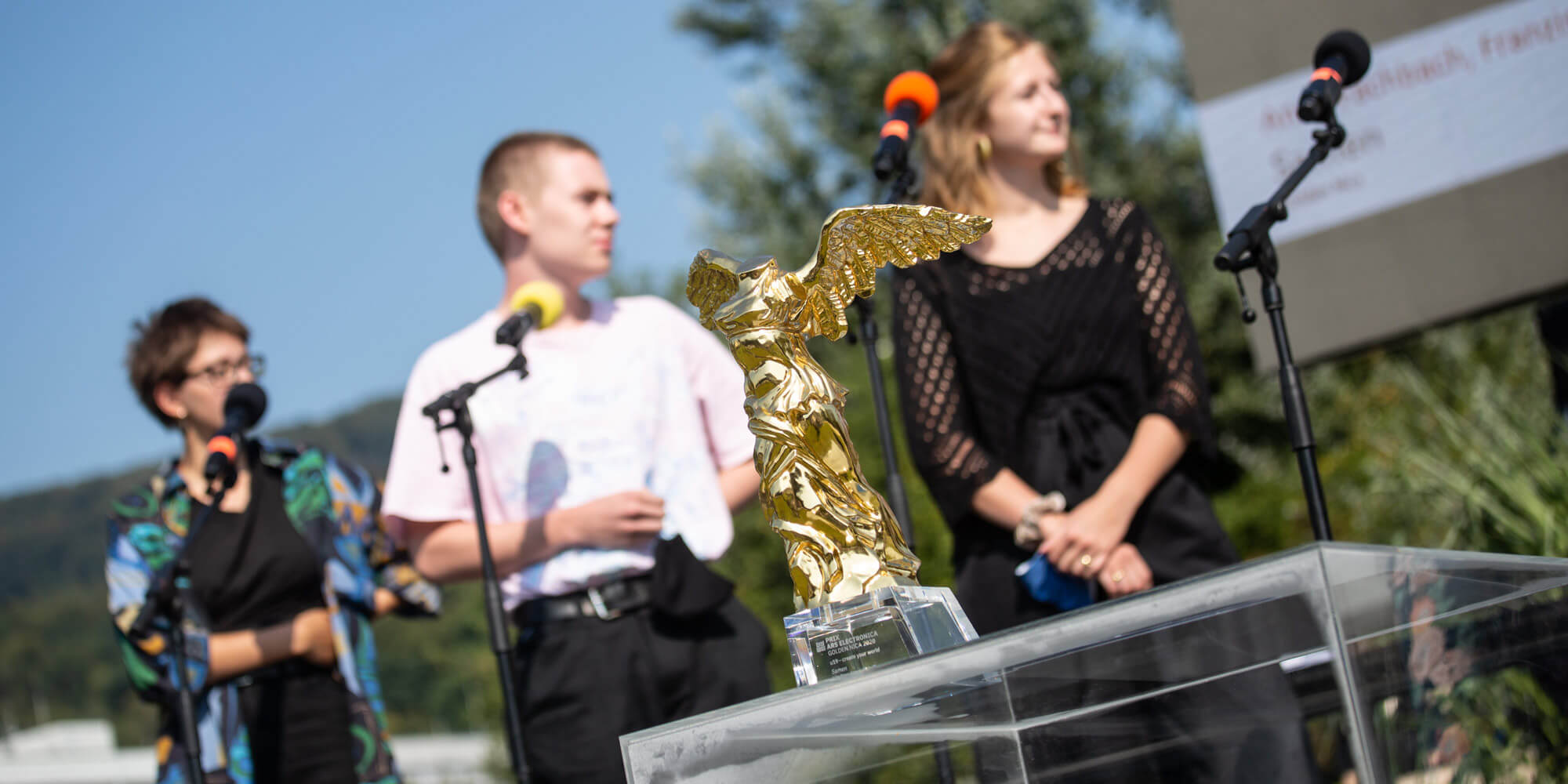 The Prix Ars Electronica in the u19—create your world category calls (up)on the next generation to submit exciting projects and ideas for the world of tomorrow. Children and young people up to the age of 19 are given a stage to show which topics they are currently dealing with. The goal is to create a space where young people can share insights regarding their own creative and critical perspectives on the future. In the age category *Young Creatives* (0-14 years) first ideas are presented and (new) talents are discovered. And “Young Professionals” (14-19 years) offer exciting, critical and artistic projects by forward-looking thinkers who ask important and future-oriented questions.

„[…] Normally, the u19 category leaves us with a feeling of confidence that in the future, young people and their ideas, dynamism, and fresh energy will fix everything. This year, this feeling must give way to the worry that these young people are simply at the end of their tether. They are exhausted by always having to be understanding and sensible, by tilting at metaphorical windmills and being ignored by the public. Many kids are not, in fact, alright, and if we want to again look to the future with confidence, we must become active right now in order to provide help. We as a society cannot give young people the feeling that it will be up to them alone to sort out this mess when it is finally their turn to run things. We all must work together in solidarity to ensure a brighter future.

This year’s projects for the u19 category thus demonstrate particularly impressively how important art and creative expression of all kinds are for us humans. It is evident with many works that they were not created in the context of a specific task but rather that they virtually exploded out of the young people like steam from a whistling overpressure valve. Art, in addition to social contacts, is presented in many of the projects as a solitary ray of hope. This year as well, there was a preponderance of film submissions, which on the one hand is certainly due to the fact that a good smartphone is now sufficient to produce high-quality videos, but on the other also because the gaze of young people has been shaped by various image-heavy online platforms. At the same time, another trend has become evident as well, namely an increased longing for analog media. After the many hours spent in front of a computer screen because of the pandemic, there appears to be a great urge to again create something tangible and to pursue more classical art forms.”

Sirikit Amann (AT), Reni Hofmüller (AT), Martin Hollinetz (AT), Conny Lee (AT), und Martin Retschitzegger (AT)
More about the jury members 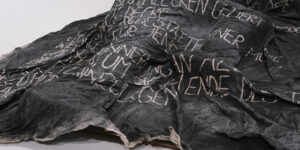 A black blanket on the floor, recognizable contours of a person who seems to be lying underneath, and on the blanket in white letters a text about the blanket as a metaphor for depression: this sculpture hits directly in the pit of the stomach in its unambiguousness and uncompromisingness. 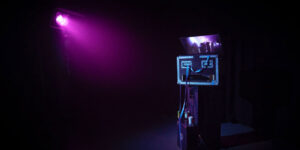 Everyone knows it: FOMO—the fear of missing out. /_ holofear* allows us to experience this spectacle in a visual manner through an installation that shows a very hyped party that becomes more boring and desolate the closer you get to it. 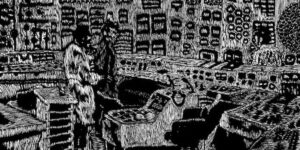 171 is a stop-motion film that celebrates the partnership between image and sound with a total of 746 graphics. The mezzotint technique was used to etch 621 of the pictures, while the other 125 were drawn with pencil, ink, and gouache. 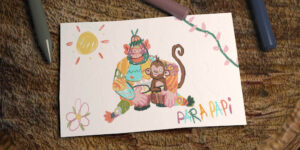 Our short film explores family, creativity, the psyche, and transgenerational traumas. It deals with a father who pays little attention to his son. The boy is the complete opposite of his father, as he is still bursting with energy and creativity. The father was a bongo player, and now the only thing that the boy wants is to play this instrument as well. The father will not allow this, however, because the bongos are of a great sentimental value to him. The son responds by fleeing into his world of creativity; he withdraws to his play corner with his paper and pencil. In this world, which is shown from his perspective, he meets his father, in the form of a bongo-playing monkey. 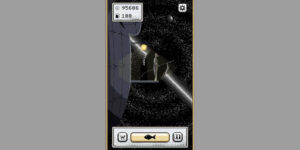 Cyberfish is a mobile game in retro Pixelart style that centers on the adventures of Drago the Cat. He lives many light years from Earth in order to find cyberfish, to fish for them, and to find out everything about them. In the process, Drago catches new species of fish that no cat has ever seen before. The lonely astronaut Drago the Cat sits on a space dock and fishes with his space fishing rod for fish cans with spectacular contents. Every fish consists of three parts: head, belly, and tail, which are put together randomly. 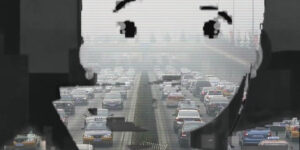 The intention behind our project is to show that the destructive behavior of humanity with regard to nature will spell our own downfall. Various animation techniques such as 2D, collage animation, and rotoscope were combined with mixed media and found footage. A high degree of variety in the digital as well as in the analog area is a hallmark of this project. 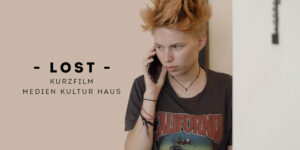 In the summer of 2021, young filmmakers worked intensively on a short-film project as part of a workshop at the Medien Kultur Haus in Wels. Following a scriptwriting workshop, the participants worked for two weeks on realizing the script: six days of shooting, six days of music and sound production, and then editing in two groups. The film was subsequently completed by Oliver Parsch over a period of several weeks. 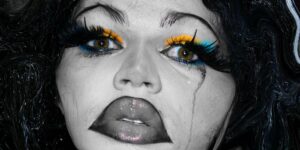 With this photo series the artist wanted to draw attention to the discrimination of queer people. For a long time, members of the lgbtq+ community were and still are discriminated against or persecuted. Being part of the community himself, he felt responsible to raise awareness. 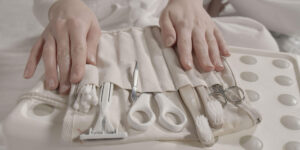 A young woman with neurotic traits enters a room in order to clean herself, does this, in the process works herself up to the point of ecstasy, is dirtier afterwards than before, but nonetheless satisfied. From the ritualistic cleansing to cathartic ecstasy to pleasurable obsession, this experimental film offers room for many aesthetic images. 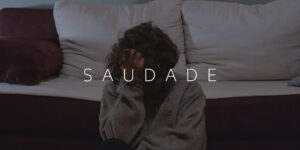 Fear, loneliness, suffering, frustration, pain, desperation. The short film Saudade addresses many of the feelings that push us to our emotional limits. The protagonist is no longer able to cope with the affairs of daily life. Trapped in his thoughts, he pushes his way through life, but lurking everywhere are “triggers,” impulses that again and again set off a wave of emotions in him. 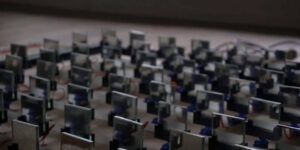 In Unity one of the central questions of our time is brought into a beautiful and fascinating interplay: the image and self-image of man, implemented with the tools of the present, namely with software and hardware and the ability to create something new from it. 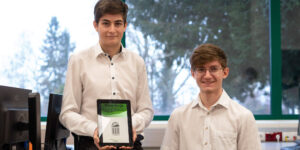 Whether it’s the plastic bag on the side of the road or the aluminum can in the field: in our environment today, there is trash everywhere we look. Only very few people take the trouble to pick up the trash. The Waste-Bin-GO app is aimed at this problem and is wholly devoted to people working together to create a more sustainable future. 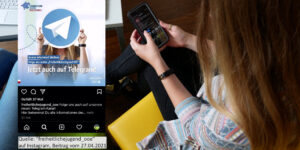 Radicalization on the Net 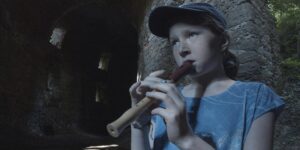 Taking Greek mythology as their model, the two sisters and their cousin have reinterpreted the love story of Orpheus and Eurydice. When Eurydice flees from the Peeping Tom Aristaios, she is not killed by a snake bite, but by electrocution – and just when she is distracted by her cell phone. 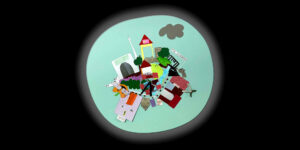 In June 2021, fourteen students from classes 2A and 2B at the RGORG antonkriegergasse in Vienna’s 23rd district processed in manifold ways the experiences, feelings, and fantasies that were elicited in them by the worldwide pandemic. Their own home, with its limited opportunities for play and other things due to the lockdowns, is at the center of their reflections, as is the real urban environment and its playful distortion. As a number of the students had already worked on an animated film project in their first year at the RGORG 23, and loved it. 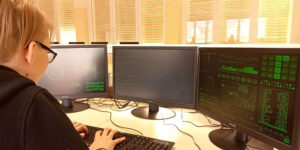 Driving into the Future

During their math and physics classes, the students of the third upper grades at MS Frohnleiten and their teachers talked about promising technologies and were particularly fascinated by the subject of artificial intelligence. This led to animated discussions, and the students contributed their ideas regarding the use of artificial intelligence in the future. The group with video editing as their elective subject adopted one of these ideas and produced a video based on it. 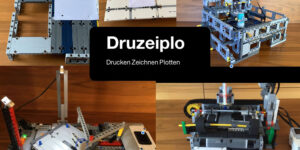 Tools from arts and crafts and technology are assembled here without further ado from the same LEGO set and converted as needed. 5 different objects comprise this print shop, where plotting, printing, drawing, painting, cutting and punching is done. LEGO Mindstorms was used for the plotter and a program was written so that it can put the lettering “AEC U19” and “LEGO” on paper with only three motors. 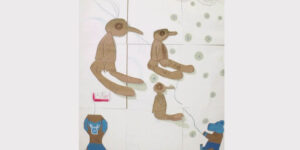 In the short and keen-witted mockumentary SNELL – Die Wahrheit kommt heraus (SNELL – The truth comes out), Gloria, Viktor, and Matteo show the consequences of the uncontrolled and short-sighted exploitation of natural resources. The three main characters—Peppa Pig, Spiderman, and the Astronaut—are roommates and passionate skiers. But they unfortunately discover that recreational opportunities and our natural surroundings should not be taken for granted. 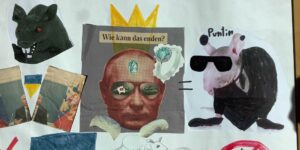 The war situation Russia-Ukraine, the apparent helplessness of the EU and NATO, or of the world citizens in general, as well as all the aggressive actions around prompted the three young artists to rewrite the story with their own creative means. For they had an idea: the protagonist of the events should be stuffed into a rocket and shipped off into space, never to be seen again. 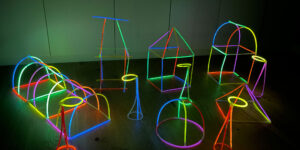 The young artist developed the project Leuchtende Zukunft (Bright Future) primarily because he wanted to help reduce energy consumption. This protects the environment. The houses themselves emit light, so a great deal of energy for lamps and heating can be saved. High energy-consuming lamps become redundant and lamps and lanterns that give off dim light can be replaced by huge glow sticks. 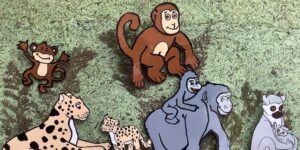 Save the monkeys, save the rainforest

Using handmade paper made of leaves and paper scraps, pressed plants, and flowers Sarah painted herself using elderberry juice, she designed the jungle for the animal species threated with extinction. She created the animals from adhesive film, a waste product from a sign company. 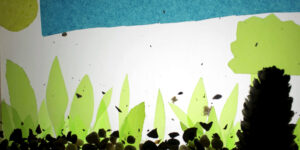 This project is a lightbox “teaching film” on the subject of landscape pictures. In keeping with the theme of this year’s Sprachspiel. Biennale West’s Festival für Literatur und Sprache—“landschaften:proëme,” experimental films in which image and sound (speech) were treated equally were viewed together, and in the woods, audio recordings were made and material was collected to make pictures. 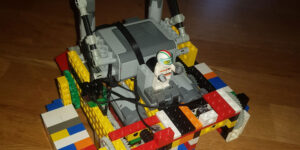 The remote-controlled robot was assembled with LEGO Technic bricks. To power its legs, it has two motors that can be controlled independently of each other by remote control. This enables it to walk not only forward and backward but also in curves to the left and right. Its four legs are attached to each other in pairs to make it more stable. In addition, with every step it takes, the robot briefly comes to rest on its stomach. 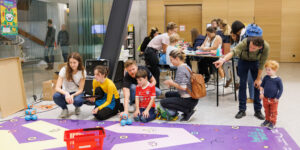 Family Journey: create your world & u19

Explore the Open Labs of the create your world festival together with your family. Even the youngest visitors won’t get bored on this tour. Feel free to try out, ask questions and interact. The tour is particularly suitable for 9 to 13-year-olds.

Crisis counseling for children and youth

Emil Klostermann
not in public

Young Creatives u14 Award of Distinction

Young Creatives u12 Award of Distinction

Young Creatives u10 Award of Distinction

Sarah Hölzl
Save the monkeys, save the rainforest